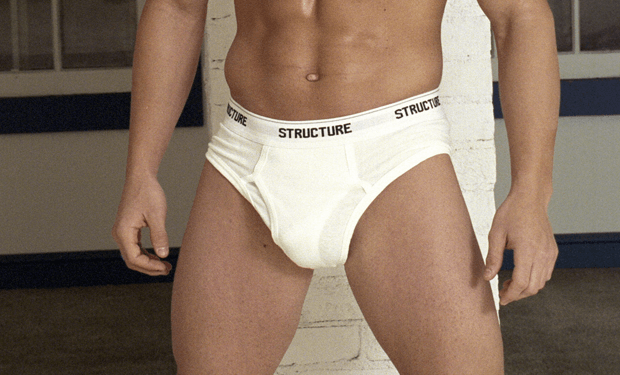 The short and skinny: if male underwear models stuff their crotches

By Shawn Petrovich of Totally Ripped of Los Angeles, which specializes in photography and video of fitness models.

People see underwear ads that emphasize the endowment of the male model and ask "Do male underwear models stuff their underwear with socks?" The answer is yes and no.

However, male underwear models do not stuff their underwear with the sock our fabric. Using a sock is a myth from old movies. Most underwear campaigns allow the viewer to distinguish the form of the penis and scrotum. A sock would void any definition and just make the model seem to have a smooth bulge. Instead, male underwear models, similar to male strippers, where a band around their penis and scrotum at photo shoots. This band is called a cock ring.

Some male underwear models and strippers wear a strap wrapped around their penis and testicles that makes their penis seem appear larger inside underwear. Before the photo shoot, the model gets his penis partially erect and then puts on the cock ring. The cock ring keeps blood from leaving the penis - it keeps the partial erection for long periods of time. The Cock ring also keeps the model's testicles elevated, instead of following down due to gravity, between his thighs.

The strap offers support and pushes the penis and testicles upward and out -- making a the crotch appear larger in underwear. Testicles cannot fall because the strap holds them up inside underwear.

We recommend male models who will pose in underwear buy this Wide band adjustable cock ring from Amazon.com.

The advice included on this page is courtesy Totally Ripped Photography of Los Angeles.